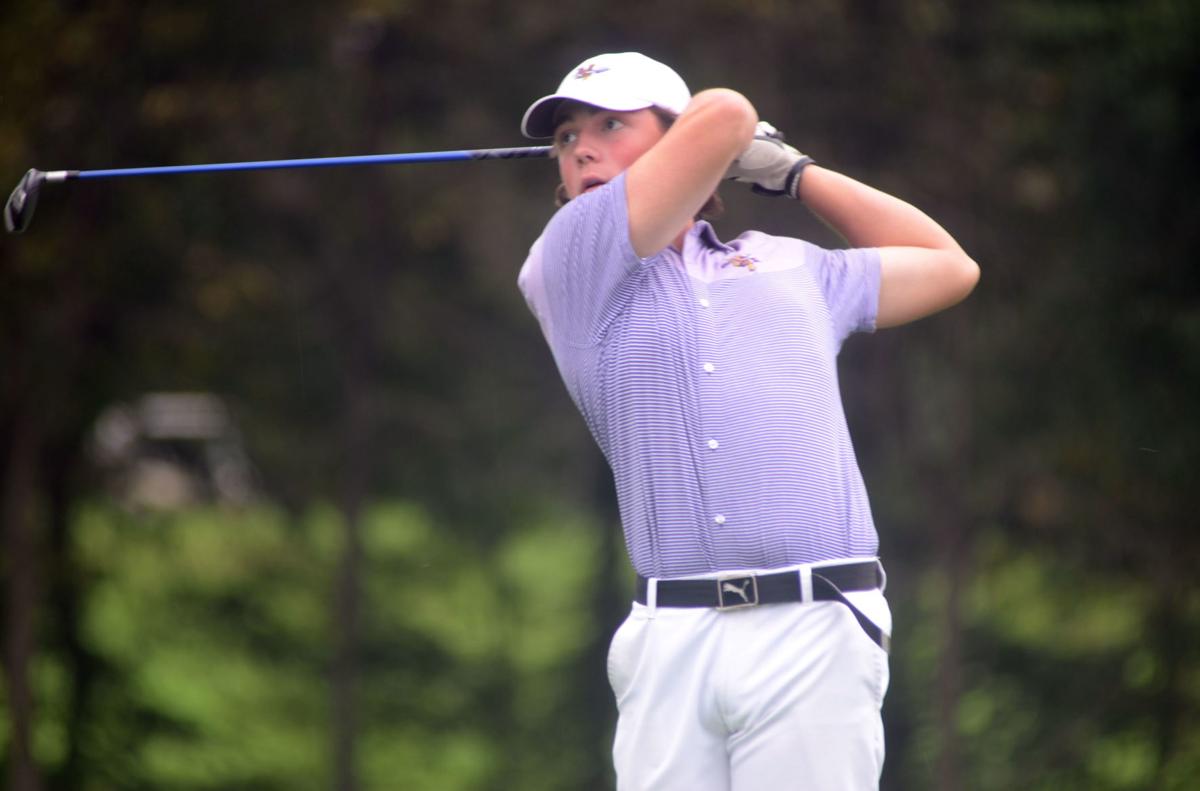 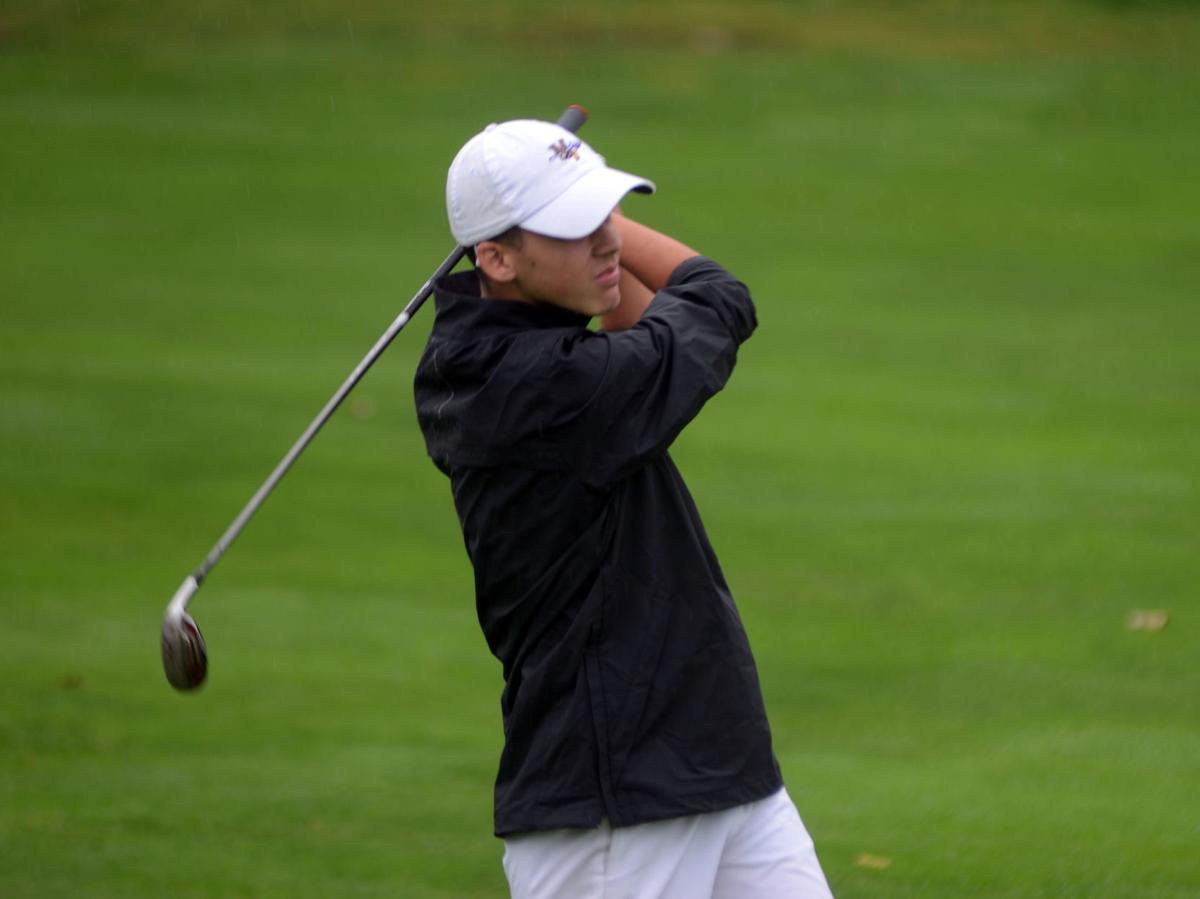 Muscatine's James Solt hits out of the rough in a dual against Pleasant Valley at Geneva Golf and Country Club. The Spartans won the Ryder-Cup style match.

With the conference and district meet on the horizon, the Muscatine boys golf team got a needed mental break Wednesday afternoon.

Muscatine played host to Pleasant Valley in its annual regular-season finale. It’s a Ryder-Cup style match play event where six pairings from each squad - which are made up of one varsity and one junior varsity player - match up and play head-to-head. The pairing with the lowest score wins each hole.

For the third year in a row, Pleasant Valley claimed a victory over Muscatine at Geneva Golf and Country Club to retain the traveling trophy. However, only eight holes were scored in the Spartans’ 32-16 win due to rainy conditions and more rain potentially on the way.

“We’re a team that if we start quickly and get our confidence we’re tough to beat,” Muscatine boys golf coach Scott Schultz said. “Today, we got down early. It’s been the story of our season. If we get off to a fast start, we’re good. If not, we make it tough on ourselves.”

The Muskies lost all six matchups, with the closest being two 4.5-3.5 margins in favor of the Spartans. Each team has three victories in the six-year history of the event.

The rain was present throughout Wednesday’s shortened round and became more of a factor as the day progressed. It forced both teams to make adjustments.

“When the course is this soggy you have to fly the ball further when you’re hitting greens to be able to stick it better because it isn’t going to roll as much,” Muscatine senior James Solt said. “So either clubbing up or swinging harder than you usually do.”

Solt, who partnered with Braden Hufford, was one of two seniors honored on Muscatine’s senior day along with Hunter Randleman.

Now, with their last regular season meet in the rear-view mirror, Muscatine turns its attention to Friday’s Mississippi Athletic Conference Meet at Kewanee Dunes. It was originally scheduled as a two-day meet last week before both days were canceled due to wet conditions.

It’s now a one-day meet and as a result, the Muskies feel it’s wide open.

“I just go back to how we played at Ottumwa,” Solt said. “We shot a 312, and that’s going to compete with anybody in the MAC. If we’re on the same page and all clicking, I think we can catch some of those teams.”

College students around the world had their summer plans evaporate this year in the wake of the ongoing COVID-19 pandemic.

Quad-City Times Bix 7 Race Director Michelle Juehring: The pandemic is 'not stopping us'

Muskies get walk-off to win opener, split with Bulldogs

Muscatine head coach Grant Pippert noticed a change in his team when they showed up on Tuesday for their nonconference game against Fairfield.

Muscatine's James Solt hits out of the rough in a dual against Pleasant Valley at Geneva Golf and Country Club. The Spartans won the Ryder-Cup style match.