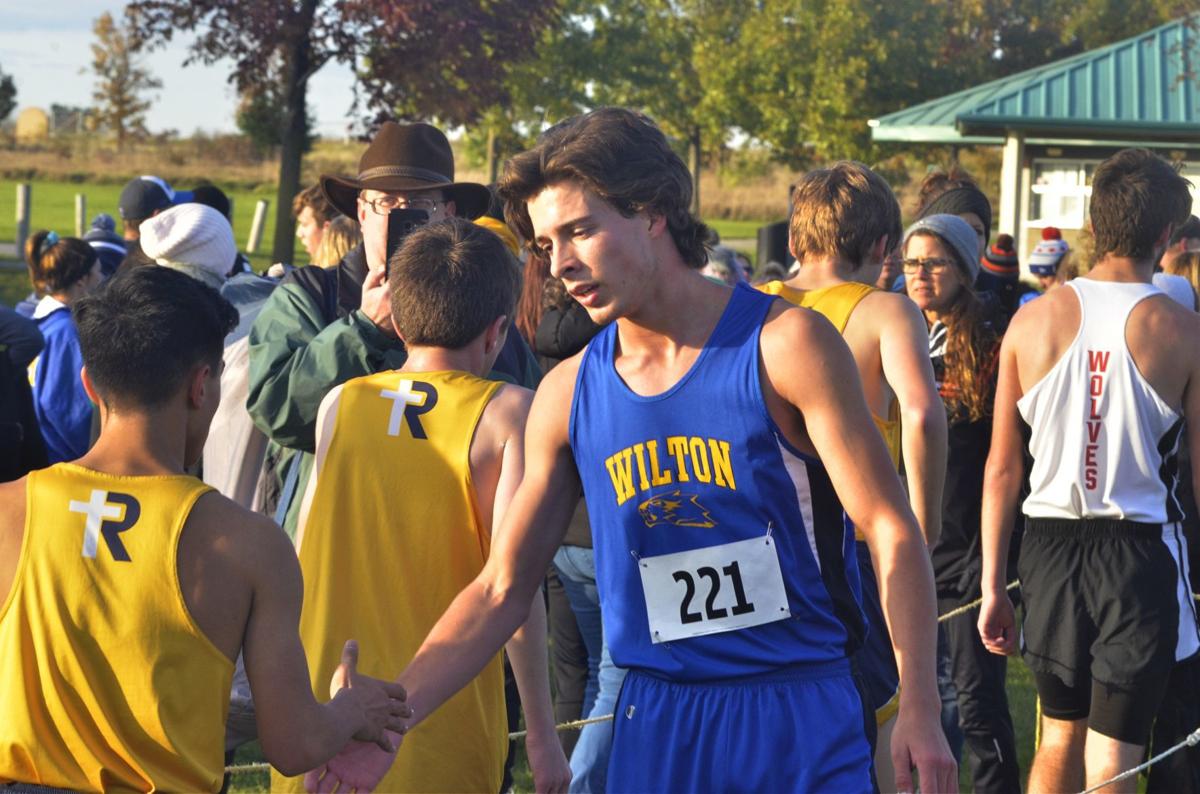 Wilton's Zach Hein shakes hands with other runners after they crossed the finish line at the Class 1A state qualifying meet in Iowa City. Hein returns to the state meet after finishing 37th last year. 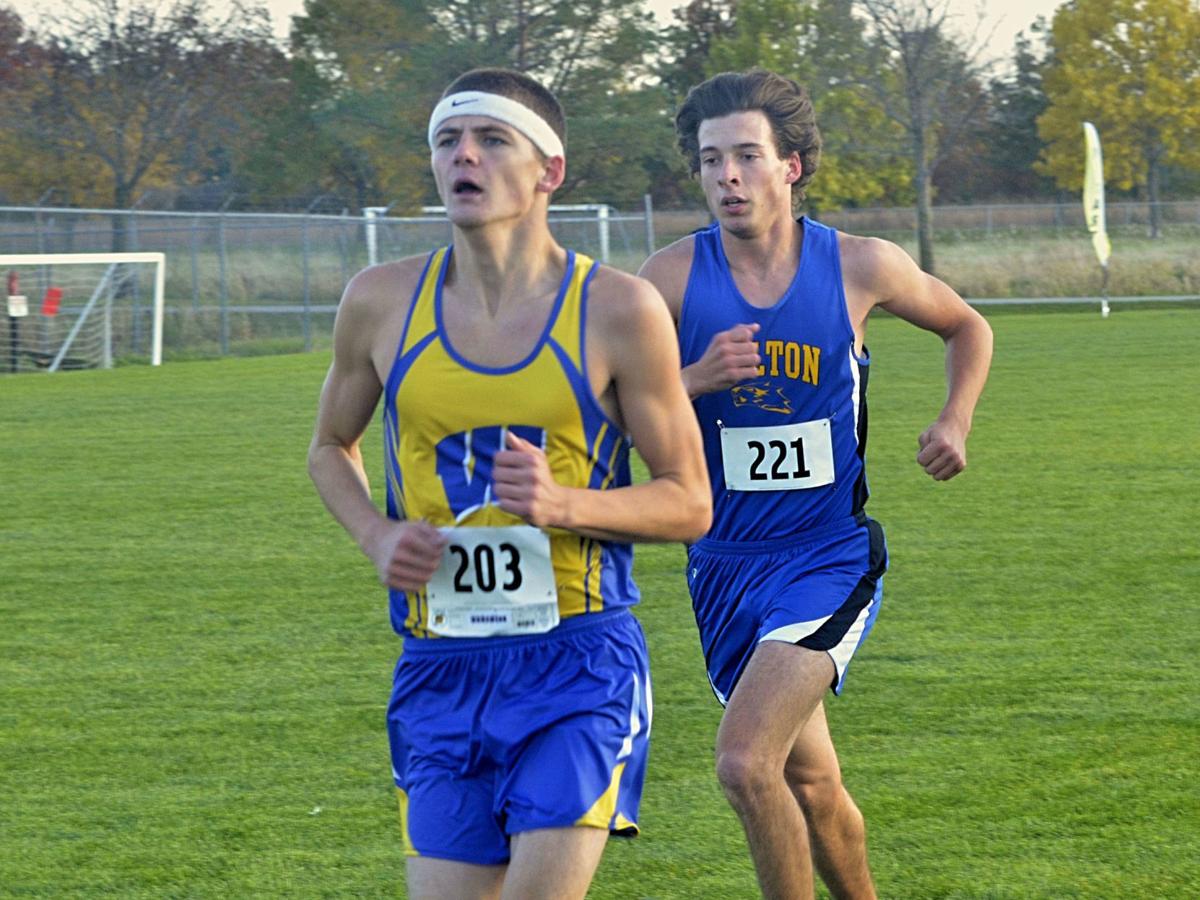 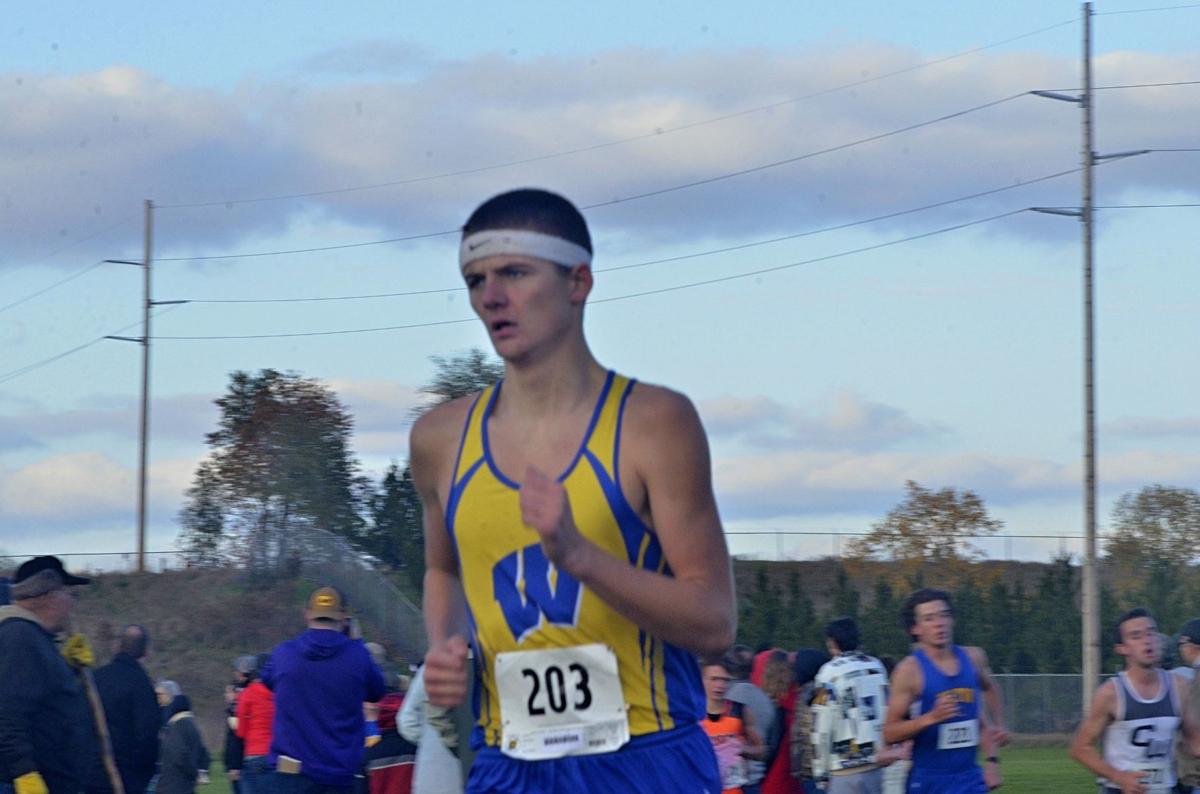 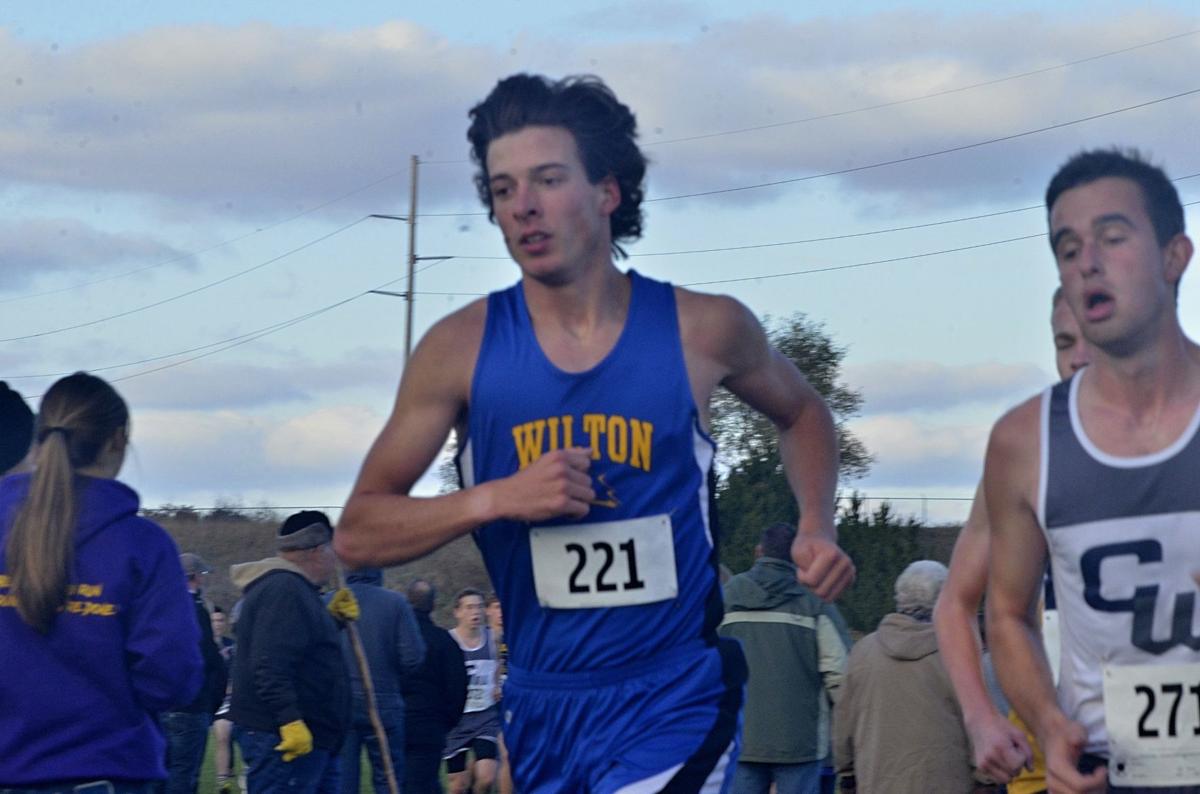 At the Class 2A state qualifying meet in Iowa City, Wilton’s Zach Hein crossed the finish line in fourth place, easily good enough to qualify for the state meet.

When Hein finished, he shook hands with the three runners that placed in front of him. Then, as the rest of the best runners Class 2A has to offer met with their coaches or family members, the Wilton senior stood in virtually the same place and shook hands with every runner that finished behind him.

"That's something I've done for a while now," Hein said. "It's just kind of to show the guys that they did their best and showing respect for everyone who goes out for (cross country)."

It was a terrific sign of sportsmanship. But make no mistake, Hein, along with fellow 1A qualifier Aiden Housman of Wapello as well as West Liberty tandem Ashton Burroughs and Jimena Fierro, make up a group that will be fiercely competitive while on the course at the state race Saturday at Lakeside Municipal Golf Course in Fort Dodge.

There’s plenty of experience among the group as well. Only Burroughs, a sophomore, will be running at state for the first time. The other three seniors can enjoy the luxury of having been there before.

"I know (Hein) has some lofty goals and wants to compete," Wilton head coach Nick Dohrmann said. "He knows what he's capable of doing and knows what he wants to do, and when the gun goes off, he'll go for it."

Housman made a big jump last season at the state meet over the year prior, and he's hoping to accomplish a similar leap after finishing 39th last season.

"This is his third time there and I think he wants this to be the best one he's had," said Micah Peck, Wapello head coach. "He moved up 20 spots last year (compared to as a sophomore) and we're hoping he moves up another 20 this year."

"Last year I really preached to myself that I had to stay relaxed and I had a lot better turnout ... physically I feel pretty good right now."

Which means Housman might spend a portion of the race running alongside Hein, which happened during the qualifying meet in which Housman finished seventh, three places behind Hein.

As for the Comets’ dynamic duo, Fierro is doing her best to help Burroughs navigate his first race at state.

"I think the first time I went to state cross country it was kind of to just soak it all up," Fierro said. "It was a little overwhelming.

"(Ashton) is a really good runner, he has so much potential, but he just needs to soak it up so ... he'll want to be there again next year."

But Fierro isn't letting any of that get in the way of her goals as her last cross country race draws near.

"This year I'm going to be more focused on competing and trying to get into the top ten," Fierro said.

"It will be a good experience for (Burroughs) no matter what," West Liberty coach Mike Hart said, "and it's Jimena's last shot at it, so could be a fun one to watch."

DURANT, Iowa — Durant senior Joe Lilienthal's future is in football and on the farm.

ON GOLF: Open cancellation could be boon for JDC

With a global health crisis transpiring, taking stock of one’s health is a daily requirement. For me, that also means reflecting back on the h…

Muscatine will compete in Class 4A Group 7 during the 2020 prep football season. Members of their group include Bettendorf, Cedar Rapids Kenne…

Michelle Juehring is still hoping that her first Quad-City Times Bix 7 as race director will come off as scheduled on July 25.

West Liberty's Jimena Fierro-Perez has decided that her next stop will be Dubuque's Loras College. The school's cross country Twitter page sen…

Medal-winning equestrian Phillip Dutton, a six-time Olympian in eventing, exercises almost daily with horses at the farm in the rolling hills of Chester County, about 50 miles west of Philadelphia.

Wilton's Zach Hein shakes hands with other runners after they crossed the finish line at the Class 1A state qualifying meet in Iowa City. Hein returns to the state meet after finishing 37th last year.